I was traveling when the news of Dr. James Cone’s death was reported on Saturday. The first thought that came to mind was what seems to be a providential concurrence: His passing came two days after the opening of the National Peace and Justice Memorial, solemnizing the lynching in the US of some 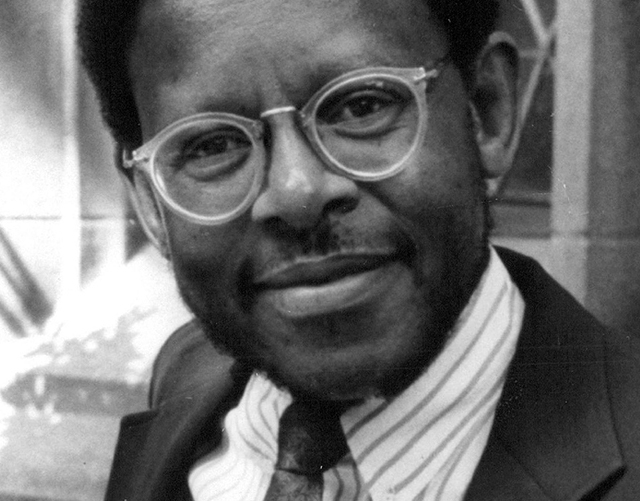 Cone’s last book, The Cross and the Lynching Tree, was recipient of this year’s Grawemeyer Award in Religion. In that book he wrote “in the United States, the clearest image of the crucified Christ was the figure of an innocent black victim, dangling from a lynching tree.” A fitting reminder in this season of Eastertide.

My second thought was more personal. Dr. Cone was my seminary master’s thesis reader. Yet in our several meetings to discuss my research and writing progress, only one clear memory remains—one that had nothing to do with my academic project, a survey and assessment of 19th and 20th century exegesis of the “community of goods” accounts in Acts 2 and 4. (Hint: Those texts made scholars of every stripe—across the conservative-to-liberal spectrum—squirm. One respected scholar went so far as to say this account was surely idealized for it would have otherwise revealed the early apostles as lacking in common sense!)

“What will it look like for a Baptist-flavored Southerner to do theology ‘in context’?” Cone asked me. The phrase “theology in context” was in vogue at the time.

The question came out of the blue and caught me off guard. But I knew immediately what it meant: I needed to return to the South, and to my babdist subculture, from which I had fled several years prior. And for a split second I understood the Prophet Jonah’s fearful dread upon learning of his assignment to Nineveh.

I was spared the journey through a giant fish gullet, of course. And my calling wasn’t to go abroad but to go home, to the land renowned for its “peculiar institution” of chattel slavery and Jim Crow legacy.

By then, though, I had come to realize the byways south of the Mason Dixon Line were not singularly parochial; only differently so. Slavery’s dispensation was pronounced in Dixie; but the nation did not

divide in ruthless carnage between those for and against human rights, but over competing commercial priorities of industrial manufacturing and industrial agriculture.

Maybe my most general memory of Dr. Cone was that he was a man of sharp tongue in his writing but an irenic spirit in person. (Despite what some felt was intimidating rhetoric, he was actually small of stature and spoke in a high squeaky voice.) What is needed in our time is both the scalpel and the compress. His enduring testimony reminds us, as Dr. King wrote:

“Like a boil that can never be cured so long as it is covered up but must be opened with all its ugliness to the natural medicines of air and light, injustice must be exposed . . . before it can be cured.”

If Dr. Cone had lived to hear it, I have no doubt he would say amen to Bryan Stephenson’s comment during this week’s opening of the Memorial overlooking the Alabama Capitol, on the very ground previously used to facilitate human trafficking:

“I’m not interested in talking about America’s history because I want to punish America. I want to liberate America.”

King and Cone and Stephenson (to mention only a few) are simply reminding us of the prophet’s ancient plea: “Come, let us return to the Lord; for it is God who has torn, and he will heal us; God has struck down, and he will bind us up” (Hosea 6:1).

Addendum. If you haven’t tasted Cone’s writing, begin with the above mentioned The Cross and the Lynching Tree. After that—and especially if this history is of interest—read his Martin, Malcolm, and America: A Dream or a Nightmare, where he argues the case that the testimonies of both Dr. King and Malcolm X must be heeded.

Ken Sehested is the editor of prayerandpolitiks.org, an online journal at the intersection of spiritual formation and prophet action.