It was a leisurely Saturday morning. I promised a friend I’d help move some furniture and boxes, but he called the night before to say he needed to reschedule.

So, I said to myself, you no longer have an excuse for delaying your flu shot. Plus I needed to shop, since the kids were coming for dinner.

Upon my return, barely in the door, Nancy hollers, “Biden’s just been declared the president elect.”

I walked into the living room, staring at the TV for a few seconds; and then said, to no one in particular, “Why don’t I feel happy?”

Then a voice inside my head (I have several) responded: “That’s exactly what I thought you’d say, libtard.” (The preferred expletive of “realists” against lefties.) “You are willing to overlook the actual suffering of people for the sake of your precious progressive creed.”

The accusation—more bitter than I’d previously experienced from that corner of my mind—knocked me back on my heels.

(For context: I worked five years at the magazine theologian Reinhold Niebuhr founded. He’s the one who lodged the 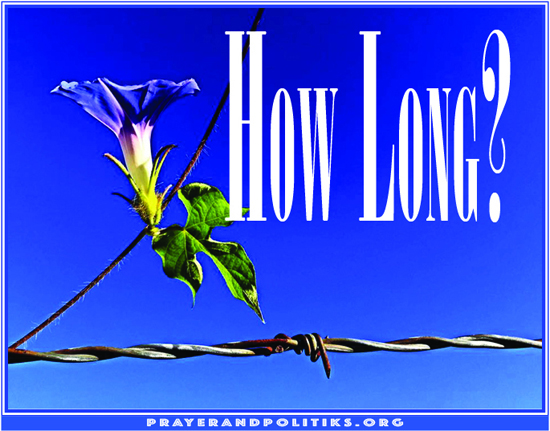 notion of “Christian realism” into the brains of generations of intellectuals and pastors. I was true and surely suckled on realism.)

“You know how much you hate bucking the tide of your Facebook feed,” said the first. There was a lot of exuberance over the electoral outcome.

“Don’t get me wrong,” said the second voice. “I am delighted to know an eviction notice has been served at the White House, that a man with an ATM where a heart should be—a bigly con, a man-child with the emotional intelligence of a school yard bully, who mobilizes white supremacists and scoffs over covid’s stampede—will finally, along with his entire family of grifters, make their final ride in the Marine One helicopter.

“Yes, we’ll be singing a medley of ‘Oh, Happy Day’ and ‘Ding, Dong, the Wicked Witch Is Dead,’ the second voice responds sarcastically. “But trumpism isn’t going anywhere. Wall Streeters heavy backed Biden, and his transition team includes a bunch of former defense industry execs—you know that crowd would make their way to the front of the soup line.

“Not to mention the fact that after the inauguration, Our Former Dear Leader will have plenty of time to continue fanning his minions’ fevered pitch (when he’s not in court facing a slew of indictments).”

(As you can see, I carry on lively conversations even in the solitude of my study.)

I’m not sure I’ve ever had such a volatile a mix of emotions. Maybe not since the birth of my firstborn, when that second voice in my head said, jubilantly, “OMG!!!” and the first one responded in alarm, “OMG!!!”

No doubt, I remain a “prisoner of hope” (cf. Zechariah 9:12). But during the plaintive prayer, “how long?,” I wish I were more optimistic about the “not long” antiphon.

I hope to write more about this later. (I hope you will, too.) We all need to think carefully amid the travail of acting truly.

P.S. Listen to some sassy truthtelling in Janelle Monáe’s “Turntables”