This article was originally published in Baptist Peacemaker magazine in 1995. Th

e version below is slightly edited.

One of the up-and-coming stars on the humor scene in the U.S. is Jeff Foxworthy's "You Might Be a Redneck If . . ." standup comedy (now in multiple illustrated book form and soon, I'm told, to be a television offering).

Our local bookstore has seven volumes—testimony to Foxworthy’s vivid imagination. And funny.

So why do my throat and facial muscles refuse to participate in the fun?

Have you ever considered where the word redneck came from? In an earlier time, when agriculture was principally our culture (as opposed to our current "agribusiness"), poor whites, unable to afford either slaves or hired help, worked their own small farms with only their families to assist. Long days in the hot summer sun will discolor the skin. Hats and shirts block most of the sun's intrusion. But the neck—exposed through much bent-over labor—was left exposed and thus bore the mark of one's economic class status. Have you ever considered why it is that progressives have warm, romantic associations with foreign-sounding words like peasant or campesino when the closest domestic equivalent, "redneck," provokes just the opposite? Peasant dresses and shirts are the stuff of boutiques. Rednecks shop at Goodwill and Salvation Army.

The "cultured" are at least as fickle as the rest of us. I'll never forget my astonishment when, having fled to New York City (to escape the South) as a student, I arrived just in time for pointy-toed cowboy boots to come into style in Greenwich Village, and country music star Hank Williams Jr. to showcase at The Bitter End, the hippest of the hot musical venues of the time.

Mesquite-grilled cooking later became the culinary rage. Having grown up in West Texas, mesquite wood was what you used to barbecue if you couldn't afford the luxury of store-bought charcoal. And now we all love to find Cajun food restaurants; but when I was in high school down the bayous of South Louisiana, Cajun food was what the mongrel-breed illiterates out in the swamp ate.

Maybe we should have gotten the hint much earlier, remembering there was a time when many community school boards outlawed wearing blue jeans to school. Too trashy. Nowadays the high fashion store Neiman Marcus will sell you a

In his "Elvis Presley As Redneck" article, Will Campbell speaks more thoroughly to the class and cultural bias implicit in "redneck" language. My purpose here is to comment—actually to confess and ask your assistance in repentance—on the shape of the Baptist Peace Fellowship's work. Specifically, to ask for your ideas and suggestions on how our organizing among Baptist-flavored Christians on peacemaking can overcome its urban cultural bias.

You've probably noticed that most "peace" organizations are located on the coasts; or, if not there, in the major urban centers. This physical arrangement tends to reinforce a seductive mental grid that sees little more than backwater landscape in between the ocean boundaries. Kind of like The New Yorker magazine's comic map of the U.S., depicting little annotation between The City (as New Yorker's are wont to say) and the west coast.

Actually, I get a strange kind of amusement when making initial contact with the coastal crowd. Often there are two reactions in sequence: first, "I didn't know there was a Baptist peace group"; and then, "you say you're located in Memphis?!" 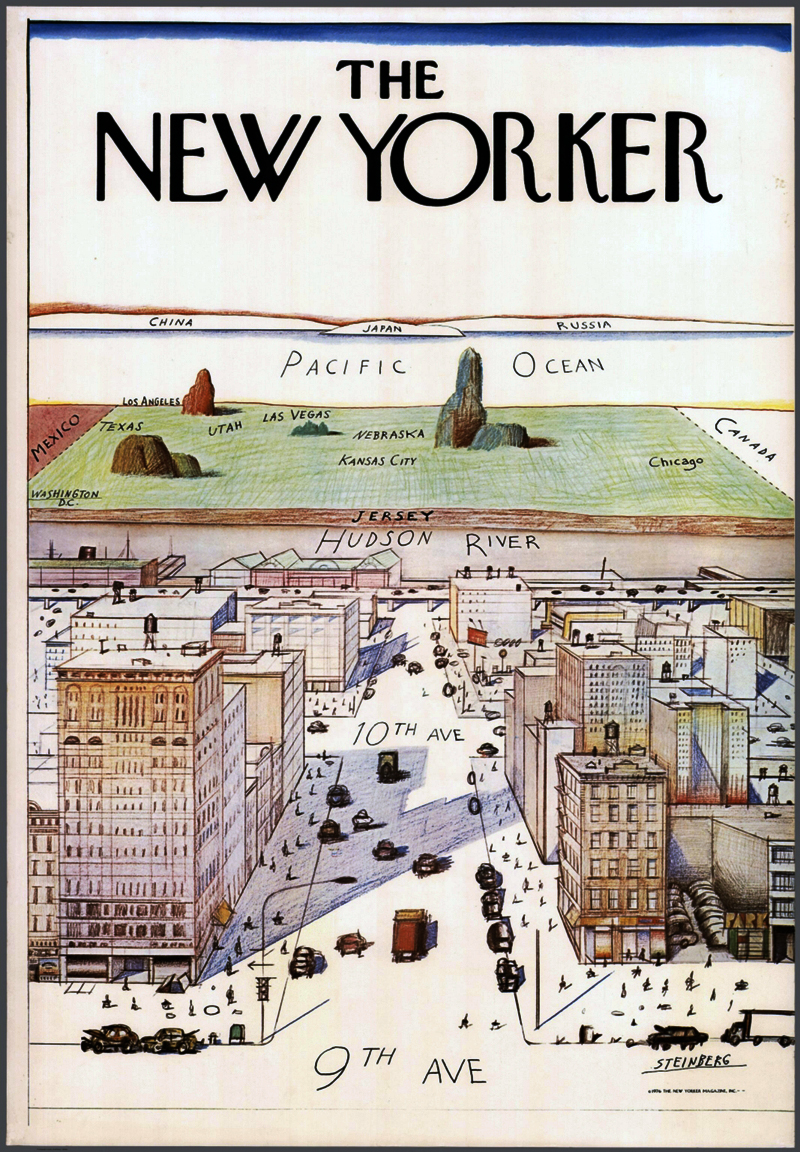 It stretches credulity. Kind of like Nathanael's incredulous response to his brother Andrew's breathless announcement that the one "of whom Moses in the law and also the prophets wrote"—the Messiah—had been found, Jesus of Narareth.

"Can anything good come out of Narareth?" (John 1:45-46)—out of cultural backwater geography, out of the sticks, amid the "blue highway" and farm-to-market regions removed from our major cities? Such startling ironies are a hallmark of biblical material.

The truth of the matter, however, is that we, too, are complicit in such bias. Most of our organizing work, program suggestions, resource materials, etc., are also geared toward congregational life in cities. And that's a problem needing to be addressed.

Not, of course, by bashing the cities—there's a long-standing bias against city life in Christian tradition—but by allowing ourselves to look beneath the cultural propaganda which scorns those locales which lack 24-hour-a-day grocery stores. There are traditions and values in such places worthy of our applause, worthy of conservation. And there, too, come breathless announcements heralding prophetic moments of Gospel promise.