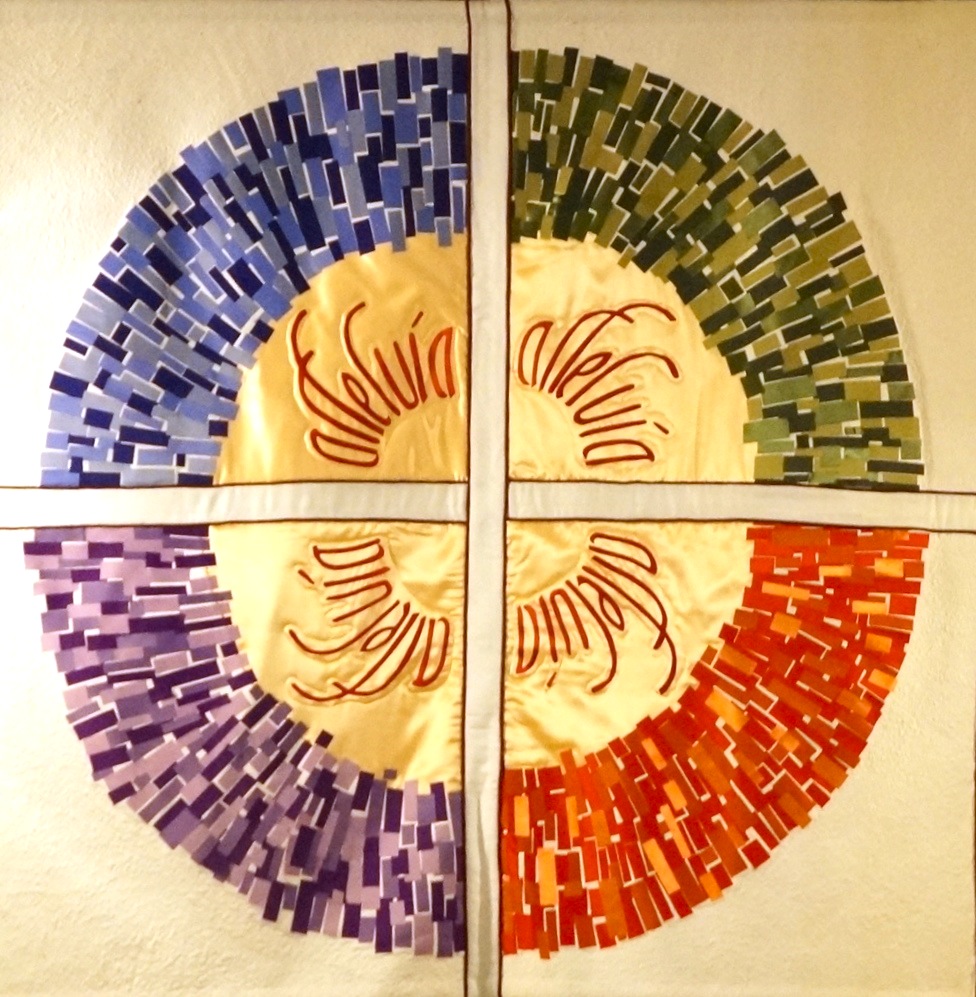 ¶ Invocation. “The Lord’s my shepherd, I’ll not want / Green pastures rise and from the font / Flow waters, ever gentle, to surround me / My soul restored, my heart aflame / My feet will walk and for that Name / My lungs will lift to sing, Hallelujah. —Ken Sehested, first verse of new lyrics (adapted from from Psalm 23) to Leonard Cohen’s song, “Hallelujah.”

¶ Graduation season. The recent vicarious experience of friends’ delight (and a wee bit of anxiety) at their children’s graduation pivots make me recall my own emotions in that season from some years ago, including a poem, “On the flow of tears.”  Read more › 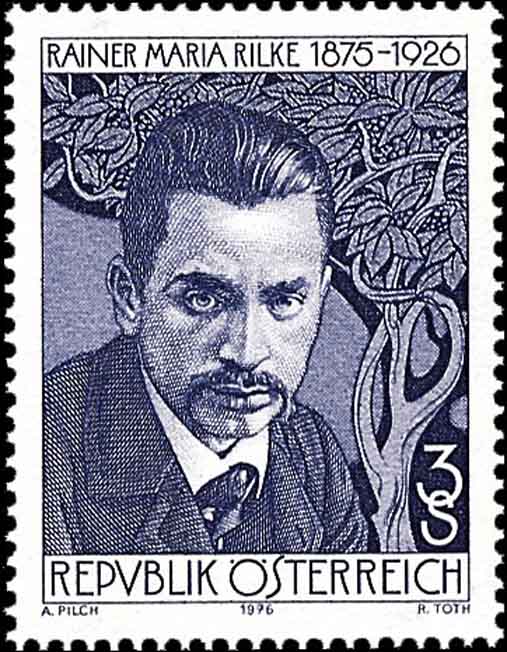 ¶ Invocation. “I am, you anxious one. / Don’t you sense me, ready to break / into being at your touch? / My murmurings surround you like shadowy wings. / Can’t you see me standing before you / cloaked in stillness? / Hasn’t my longing ripened in you / from the beginning / as fruit ripens on a branch?
“I am the dream you are dreaming. / When you want to awaken, I am that wanting: / I grow strong in the beauty you behold. / And with the silence of stars I enfold / your cities made by time.” —Rainer Maria Rilke

¶ Last week's announcement that the US State Department has removed Cuba from its list of "state sponsors of terrorism" is one more significant step in reestablishing normal diplomatic relations. To celebrate, take a few minutes to view the grandeur in these photos: “Unseen Cuba: First aerial photographs reveal island's spectacular beauty.” Lithuanian aerial photographer Marius Jovaisa was the first artist to receive government permission to fly over the country and photograph it from above. Read more ›

Special issue on
The Bible 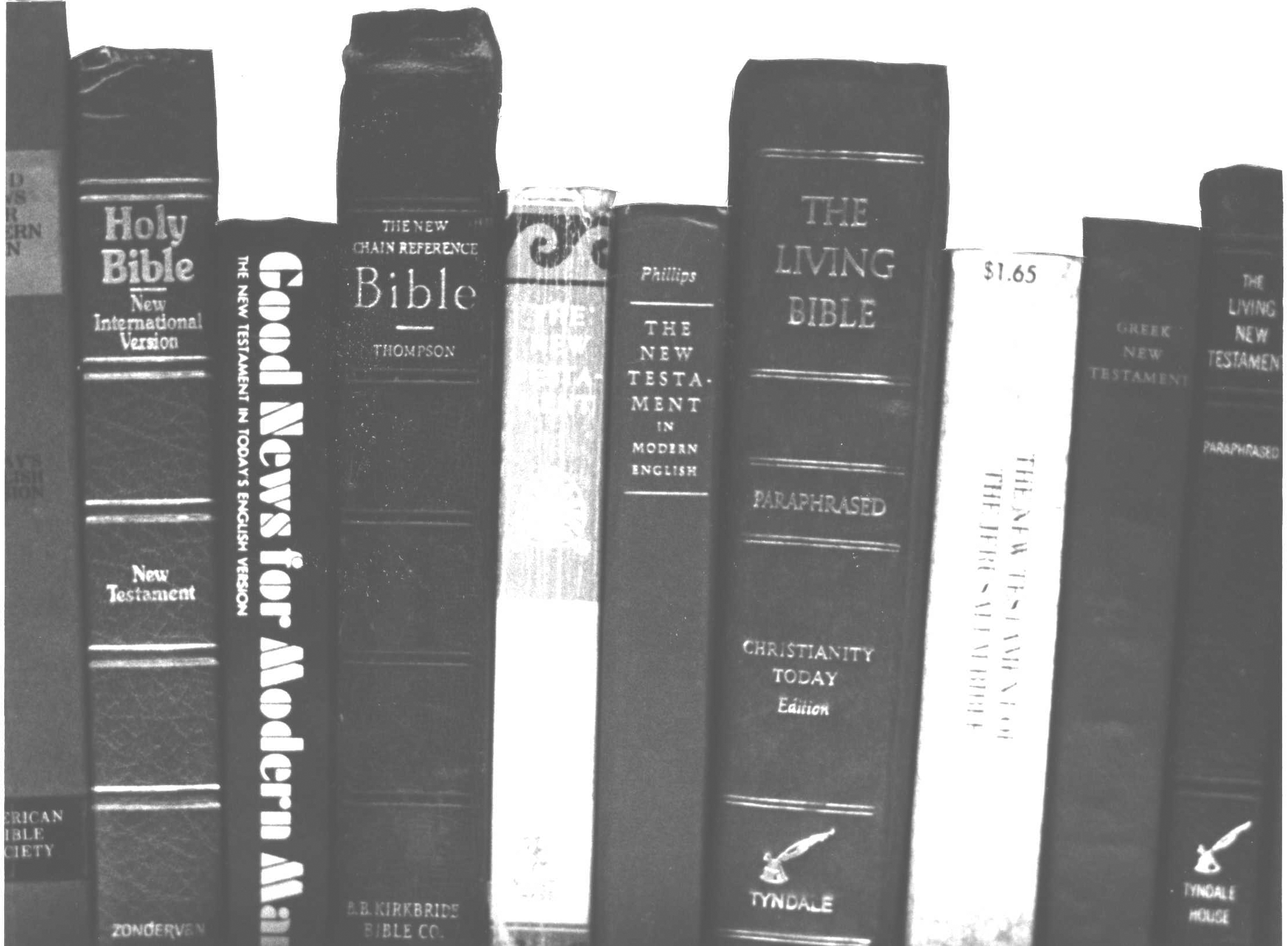 ¶  “Sometimes the Bible in the hand of one man is worse than a whisky bottle in the hand of [another]. . . . There are just some kind of men who’re so busy worrying about the next world they’ve never learned to live in this one, and you can look down the street and see the results.” —Harper Lee, “To Kill a Mockingbird” Read more › 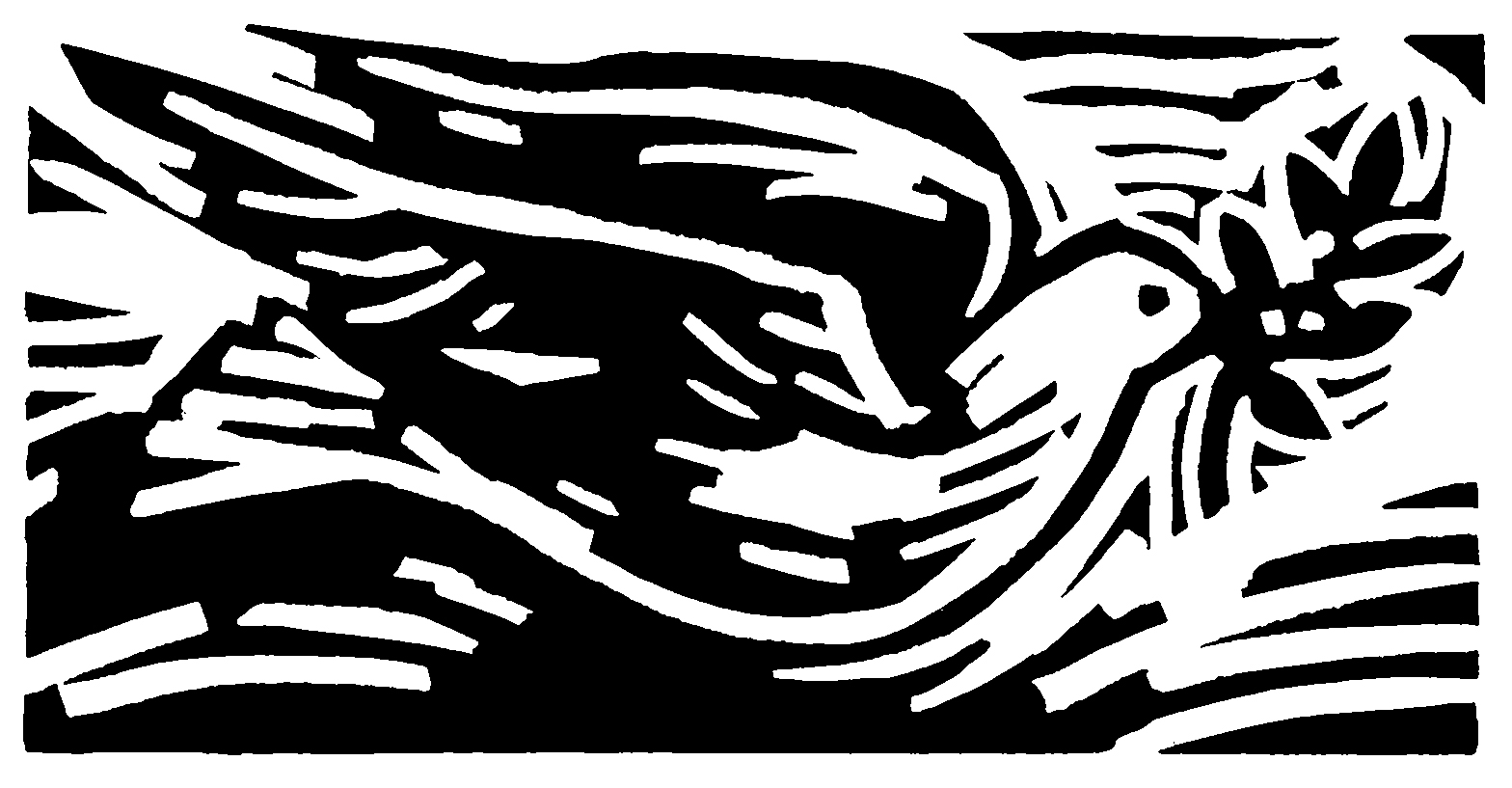 ¶ Invocation. "This old world is mean and cruel, / But still I love it like a fool, this world, / This world, this world." —Malvina Reynolds, “This World”

¶ Invocation for Pentecost. “Do not seek illumination unless you seek it as one whose hair is on fire seeks a pond.” —Sri Ramakrishna 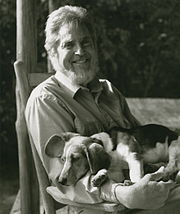 RIP: Guy Carawan. Few, if any, songs carry the politically realistic power of imagination more than “We Shall Overcome.” It likely began as a song sung by farm working slaves as “I’ll be all right someday.”  In 1901 Rev. C. Albert Tindley published “I’ll Overcome Someday,” though its lyrical and musical structure is significantly different.
The song’s history is deliciously ironic: Molded in large part by Guy Carawan (at left—he was affectionately known as a “hippy-hillbilly”), which became the unofficial anthem of the Civil Rights Movement in the US, and sung since by hope-filled dissenters from South Africa to North Korea, Beirut to China’s Tiananmen Square. I was taught the Arabic version by a group of children in Baghdad in 2000. (Watch this one minute video of Jordanian young women singing “We Shall Overcome” in English.) Read more ›

¶ Invocation. “In the book of love's own dream, where all the print is blood / Where all the pages are my days, and all my lights grow old / When I had no wings to fly, you flew to me, you flew to me.” —“Attics of My Life,” performed by the Levon Helm band, written by the Grateful Dead’s Robert Hunger and Jerry Garcia 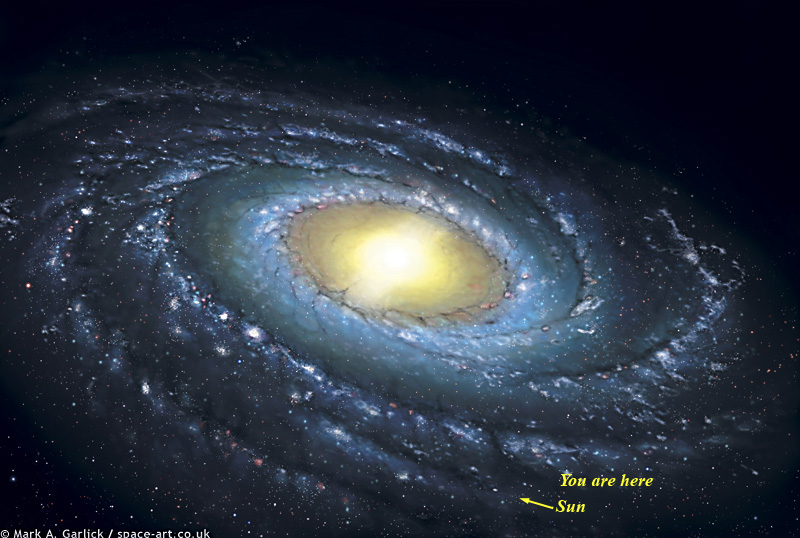 ¶ In case you missed last week’s 25th anniversary commemoration of the Hubble Space Telescope, view a few of its spectacular images.

¶ Call to worship. A seven-year-old’s recitation of “All things bright and beautiful, all creatures great and small.” Read more ›

“Signs of the Times” is taking a week off, to make room for springtime house and yard projects. But I have added some new material to prayer&politiks, including ”Liturgical reform and worship renewal,”  commentary from last weekend’s Alliance of Baptists Convocation; and a new litany for worship, “Adelante—Keep Moving Forward.”

In light of the upcoming “National Day of Prayer” (7 May), see “Prayer: The Intersection of Personal and Social Transformation.” 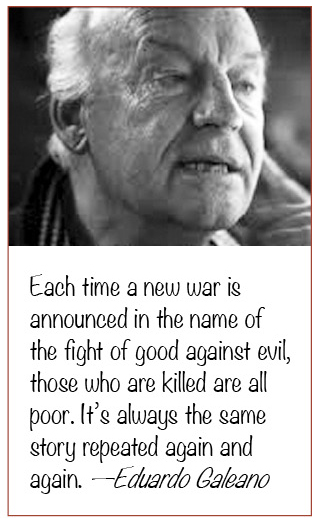 ¶ Invocation. “Earth's crammed with heaven, And every common bush afire with God; But only he who sees, takes off his shoes….” —Elizabeth Barrett Browning

¶ In memoriam. Award-winning journalist and author Eduardo Galeano died this week at his home in Montevideo, Uruguay. He was best known for his critique of colonialism, Open Veins of Latin America: Five Centuries of the Pillage of a Continent, which was banned for years by military dictatorships in Chile, Argentina and Uruguay, which arrested and exiled him in 1973.

¶ Connecting the calendar dots. 22 April is Earth Day. Shortly thereafter, on 27 April, the United Nations begins a scheduled review of the 1970 Treaty on the Non-Proliferation of Nuclear Weapons (commonly referred to as NPT, “Non-Proliferation Treaty”) to assess progress toward its goal of a nuclear weapons-free world. Then, in August, marks the 70th anniversary of the atomic bombings of Hiroshima and Nagasaki.
Read more ›